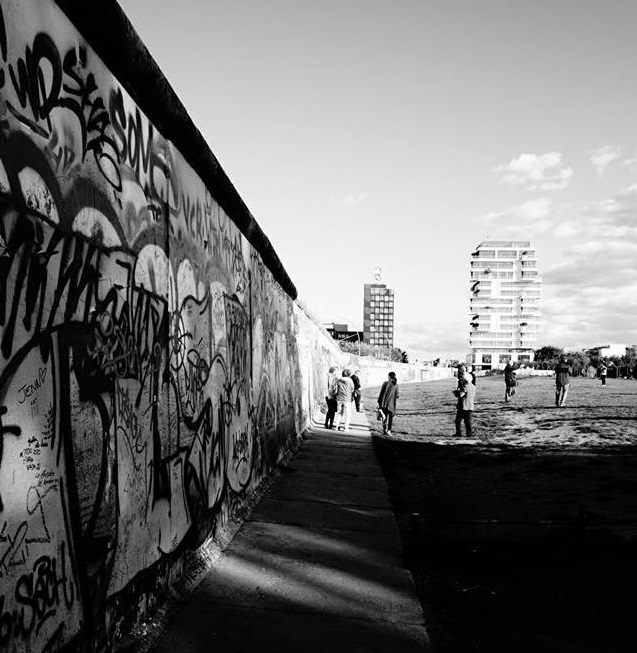 Art, in all its forms, is the universal language.

A movement, a sound, a drawing express, in any nook of the Earth, the ills of youth, sometimes oppressed, sometimes forgotten, sometimes militant, sometimes rebellious. This same youth, which, having lost hope of a future in Syria falling in ruins, rush at the gates of Europe in the hope of a better future. This same youth, who was born when the Berlin Wall felt, the iron curtain ripped, saw his first steps defining the freedom rediscovered. This same youth, after the horrors of the Balkan wars, is thirsty for peace, thirsty for others, thirsty for elsewhere. This same youth, marching through the streets of Paris singing its need to be heard, derogating from the rules and trying somehow to live its miscegenation. All have one thing in common: they have expressed themselves in a corner, against a wall, with some spray paints but they also have faced the walls repressing their freedom in movement.
This project was created in June 2015 during the regional conference for cooperation of youth organizations in South Eastern Europe, organized by the French-German youth office in Sarajevo, through the needs and wishes to take part in the trinational cooperation, to give young people the opportunities to express themselves, specially when they don’t get that chance easily, but also in reaction to the construction of the “anti migrant” border in Hungary. We asked ourselves how it was possible to have 5 times more separation walls in the world today that we had at the time of the Berlin Wall, more than 25 years later. We also listened to the different problematics and dynamics within the youth in the Balkans such as mobility, often linked to administrative and political walls regarding EU policies.
Worldwide, young people regularly use street arts to express their ideas, feelings, dreams and wishes, facing deaf generations that don’t listen to them. This is why we wanted to invited 8 young people with fewer chances of integration from 18 to 30 years old from France, Germany and Albania (and Kosovo) to meet, talk and think about those problematics and questions regarding the world borders through street art. Using the wall as a support of expression to talk about walls as borders. Should we still have borders today in an open world ? Where is now Europe of the youth ? Where is the Schengen space when many European countries decide to close their borders in regard of the refugees crisis (and how is it in the Balkans)? What does this mean for our mobility ?

Street TALK. is going to be a three-part meeting, three cities and countries, three main questions. FGYO accepted to finance the project through its special fund for South Eastern European cooperation and will be organized through different partners.

The goal for the project beside the educational one is to create a three piece art work on three different walls in the three cities.